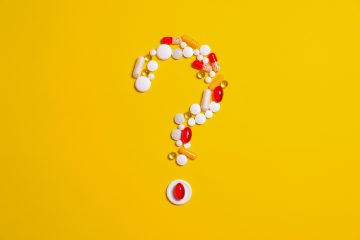 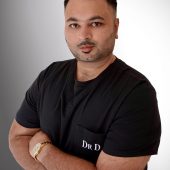 When it comes to hair loss, there are two main treatments that most people have heard of before: Finasteride and Dutasteride.

They are two very similar treatments, in that they both belong to a family of drugs known as 5-alpha reductase inhibitors, or 5-ARIs that prevent your body from producing dihydrotestosterone, or DHT.

However, if you’re just starting your hair loss journey, it can be hard to know which hair loss products work — and which is most appropriate for your needs.

In this article, we’ll take you through everything you may need to know about Dutasteride vs Finasteride so that you can make a final decision on which one you will start to take.

How do Dutasteride and Finasteride work?

Dutasteride and Finasteride are drugs that block the production of DHT in the body, which is created from testosterone.

DHT is cited as being one of the main causes of hair loss [1], but it also plays a vital role in producing male sex characteristics.

The reason it plays such a major part in hair loss is that this hormone can gradually prevent your hair follicles from being able to grow new hair which, over time, can turn into a receding hairline or bald spots.

Although both these drugs work in a similar way, there are a lot of differences when it comes to their effectiveness and side effects.

Dutasteride vs Finasteride: which is more effective?

There have been quite a few studies that have explored the effectiveness of Finasteride and Dutasteride. Including a study in the Journal of the American Academy of Dermatology [2] which compared the two drugs on a sample of 917 men between 20 and 50 who were all experiencing hair loss at varying degrees.

After a 24-week trial, both drugs had effectively increased hair growth – but it was the Dutasteride subjects that experienced the most improvement.

Similarly, a review of three studies also found that Dutasteride outperformed Finasteride [3] slightly when it came to hair growth, thickness and density.

The reason why Dutasteride is thought to be more effective than Finasteride is that it’s able to prevent more testosterone from turning into DHT. In studies that sought to confirm these conclusions, researchers found that a sample of 399 patients who were taking a 5mg daily dose of Dutasteride experienced reduced DHT levels of approximately 98.4% +/- 1.2%.

This is in comparison to the patients who were taking a similar dose of Finasteride but only had their DHT levels reduced by 70.8% +/- 18.3%.

Finally, in another study published in the Journal of the American Academy of Dermatology [4], which involved a total of 416 men with male pattern hair loss, Dutasteride was also found to have a stronger effect on hair loss than Finasteride.

Learn more about Dutasteride and its effectiveness in our full guide.

Why does Dutasteride work better than Finasteride?

As you can see from the studies we mentioned above, in most cases, Dutasteride was able to slightly outperform Finasteride when it comes to hair growth, density and thickness.

Although there is no concrete reason as to why one drug performs better than the other, the general opinion is that this is because Dutasteride has a longer half-life.

This means that the drug stays in the body for a much longer period of time, which could be the reason why it’s able to have much more powerful results.

It’s also important to remember that despite the fact Dutasteride performs better than Finasteride in most clinical trials, Finasteride is still a highly effective treatment for hair loss and has a range of trials to back up these claims. Take a look at Finasteride results (including timeline and photos) to see more.

Learn more about Finasteride in our full guide.

Do Dutasteride and Finasteride have the same side effects?

Experiencing side effects from taking hair loss medication is extremely rare – especially with Dutasteride and Finasteride – but it’s still important to know what these symptoms look like in case you do notice yourself developing them.

These side effects only happen in a very small proportion of people who take either of these drugs. In fact, in clinical trials, only 1.8% of men taking Finasteride experience any side effects at all [5].

If you’re concerned about these side effects, there are other options for addressing your hair loss. Learn more about other alternatives to hair transplants.

Alternatives to Dutasteride and Finasteride

Because of the nature of these drugs and their effects on male hormones, they are not suitable for those experiencing female hair loss.

If this is the case for you, or you just don’t want to take an oral medication for your hair loss, there are other treatments that you can choose.

You can use a topical treatment, like Minoxidil, or you could choose something more permanent, like a hair transplant. Learn more in our Finasteride vs Minoxidil comparison.

If you want to find out more, we offer a free no-obligation introductory call that you can book in at a time that suits you.