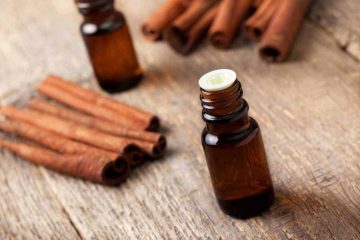 We typically lose up to 100 hairs a day from carrying out activities such as washing and brushing our hair. Some people however lose more hair due to conditions such as alopecia, thyroid problems, lupus and diabetes, as well as treatments for cancer like chemotherapy. In many of these cases, people begin to search for natural hair loss remedies such as cinnamon oil. Cinnamon oil is said to have benefits for hair growth.

Obvious hair loss not only alters a person’s physical appearance but can also impact their mental state. That’s why many people seek to get their hair back through hair loss treatments and hair transplants. It’s also why they want to understand more about the cinnamon oil benefits for hair.

Some studies have found that cinnamaldehyde, the main compound in cinnamon, has improved hair growth in animals [1]. While more human research is needed to corroborate these findings, it’s a promising discovery for those who are looking for a natural remedy for their hair loss. Cinnamon oil has also been used as a base for topical Finasteride applications — an established hair restoration drug. [2]

Cinnamon oil is thought to be effective because it dilates blood vessels and increases blood circulation. Strong blood circulation to the hair follicles is essential for healthy hair growth. Blood transports nutrients to the follicles, energising them to produce new hairs.

Cinnamon oil also contains chemical compounds like Eugenol and Cinnamaldehyde. These compounds have antiviral, antifungal and antibacterial properties that can help fight off fungal and bacterial infections that affect the scalp. Antifungal remedies can also reduce the risk of conditions like dandruff [3]. The your scalp is, the more chance you stand of growing a healthy head of hair!

If there’s one thing for sure it’s that cinnamon oil is full of antioxidants, which are great for banishing free radicals, reducing inflammation and preventing UV damage. So whilst cinnamon oil isn’t scientifically proven as a hair loss treatment, it certainly has a number of great properties that can help to promote healthy hair and scalp.

How to apply cinnamon oil to your hair

One of the easiest ways to apply cinnamon to your hair is by making a paste. To do this, combine cinnamon with two tablespoons of honey then mix it into some olive oil to make a paste. Smother it onto your scalp and leave it for around fifteen to twenty minutes. Then wash it off with shampoo and water.

Some places sell cinnamon oil in a bottle but if you can’t find it, the method above will work just as well.

You may also find that cinnamon oil is an ingredient in hair loss treatments sold at your local supermarket. Again, we can’t guarantee that these will work, so it’s up to you whether you spend the money or save it by making a home remedy.

It’s not always easy to separate fact from fiction when it comes to haircare advice. As expert trichologists, we’re always keen to dispel the myths and give you the facts about popular treatments.

Here are some common myths about cinnamon oil benefits for hair:

The risks of cinnamon oil

Please keep in mind that using cinnamon oil in a concentrated form can potentially cause skin irritation and sores. If left in contact with the skin for too long, it can also cause chemical burns. We highly recommend doing a small patch test on the inside of your arm or elbow before using it on your scalp. You should wait 24-48 hours after doing a patch test to make sure you won’t experience any late-onset side effects.

Exercise caution with cinnamon oil if you are pregnant or breastfeeding. You should also be wary if you are taking diabetic medication or blood thinners or have a hormone sensitive disease. If in doubt, contact your GP for advice before using cinnamon oil as hair loss treatment.

Over the years, pharmaceutical companies have invested billions of pounds in researching the causes of hair loss. Pharmacies and supermarkets present you with a whole host of products that claim to tackle every hair loss condition from thinning to baldness.

Unfortunately finding a product that actually works can be difficult. Many people end up spending a lot of money only to see very little improvement to the condition of their hair.

If other treatments don’t appear to be working for you, you may want to consider using a herbal remedy like cinnamon oil.

While there is anecdotal evidence for some of these formulas, many natural remedies are little more than old wives’ tales. If you’re looking for a more tried-and-tested way to get a full head of hair, read our hair transplant frequently asked questions.