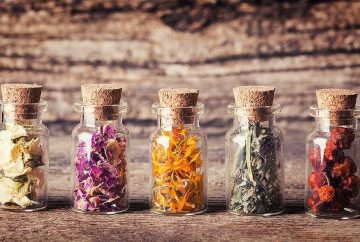 It’s not just contemporary society that has a fascination with a hairy man. Throughout the centuries, hirsuteness has been much sought after as a sign of virility and manliness.

Modern treatments for hair loss, such as FUE hair transplants, are incredibly effective with natural-looking and permanent results. But this hasn’t always been the case.

Here’s a closer look at some of the treatments men have endured throughout history in an attempt to halt or reverse the hair loss process.

The father of medicine

Hippocrates, the ancient Greek physician, is often credited with being the father of modern medicine. But he didn’t always get things quite right.

Born in 460 BC, Hippocrates himself was plagued by male pattern baldness. He concocted a potion which he believed would cure the problem. Containing beetroot, horseradish, pigeon droppings, spices and opium, it was an abject failure [2].

Hippocrates did, however, notice something which many centuries later was proven to be correct. Spotting that the eunuchs never lost their hair, Hippocrates surmised that castration could resolve the problem (though he chose not to have this radical treatment himself).

In 1995, researchers finally confirmed that Hippocrates had been correct about the effects of castration on hair loss (albeit wrong about the pigeon droppings) [3].

Julius Caesar is often depicted with a laurel wreath around his head but it transpires that this wasn’t just a Roman fashion statement.

Advancing hair loss afflicted the emperor, and he was desperate to regain his luscious locks. Cleopatra herself is said to have advised him on a possible cure, comprising of bear grease, horse teeth and ground up mice. Unsurprisingly this didn’t work.

When sweeping his hair over his scalp and growing it long at the back – a cross between the modern combover and the mullet – no longer hid his increasingly obvious shortcomings, Caesar simply slapped on a laurel wreath instead.

A very British solution, a cup of tea is the panacea for all emotional ailments. In the 19th century, this logic also extended to the physical, with tea being proposed as the cure for baldness.

They would rub Indian tea into their scalp, along with a chunk of lemon. It may not have been the most disgusting of treatments. But it was also ineffective, so its use quickly petered out.

Even ancient Egyptians were obsessed with the pursuit of hairiness it would seem, with both men and women not only wearing wigs, but also false beards!

For those individuals struck down by the plight of hair loss, a less than pleasant potion awaited them. According to a medical Egyptian text which date back to 1550 BC, the Ebers Papyrus, there were a few accepted cures for baldness. All involved the topical application of a mixture to the scalp. Patients could select from porcupine hair boiled in water and left on the scalp for 4 days, female greyhound leg fried in oil with a donkey hoof, or a combination of the fats from a hippo, tomcat, snake, ibex and crocodile.

No exact data exists to determine how effective they were. But it’s reasonable to assume it was a less than satisfactory outcome.

The dawning of a new age

In 1939, a Japanese dermatologist pioneered an entirely new process. This involved the transplanting of hair from other parts of the body, such as the eyebrows, face and elsewhere on the scalp onto the bald spots. The first hair transplant was born.

Although the early surgical results worked, for many years hair transplants were rather obvious, leaving a perforated look to the scalp.

It’s clear to see that the obsession with having a full head of hair is far from a modern trend. The history of hair loss treatments shows that civilisations dating back to ancient times sought a treatment for androgenetic alopecia. Thankfully modern treatments are much more pleasant. They’re also far more effective, appearing virtually undetectable from normal hair growth.

If you’d like to discuss any aspect of hair loss we’d love to hear from you here at the Wimpole Clinic. Book a free consultation today.