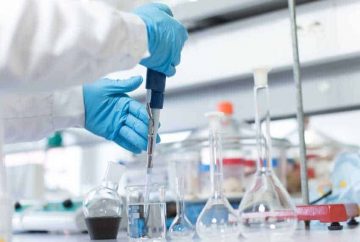 A drug which reverses the effects of hair loss and thinning has always been the holy grail but until now, it has eluded scientists.

While there are a number of other topical treatments (Minoxidil, Finasteride & Dutasteride) and hair transplant clinics performing surgery, a universal treatment has never been established.

However a new report seems to suggest that scientists are making a breakthrough with hopes for a wonder drug renewed.

The research carried out by scientists based at the University of Colombia seemed to suggest that two drugs which already have approval from the FDA (Food and Drug Administration) in the US could produce side effects which include reversing hair loss.

The tests which have only been carried out on mice so far seem to indicate that when the actions of a certain group of enzymes are blocked, the net result is a sudden burst of hair growth.

The two drugs in question – Ruxolitinib and Tofacitinib – are already licenced for other use, blood diseases and rheumatoid arthritis specifically. But it’s their actions in blocking the group of enzymes known as Janus kinase which is particularly interesting.

When used in bald mice, both of these drugs appeared to prompt a regrowth of hair within just three weeks of having the treatment. In addition, scientists noted that previous dormant hair follicles seemed to have been reactivated and once again become active.

Because the studies haven’t yet reached the stage of being tested on people, hair follicles from humans were grown in laboratory conditions and then grafted onto the mice.

When the drugs were given to the mice, the same effects were seen, with new hair growth appearing in the same way that it had previously.

One of the leads for the report, Dr Angela M Christiano, cautioned that it couldn’t yet be considered as a cure for baldness but said that the drugs were extremely promising.

She went on to say that the next stage would be for a formula to be developed for specific use on the scalp to see if hair growth could be repeated again.

Dr Christiano believes that these preliminary results could transform hair loss treatments in the future, but says that more work is needed before its known whether it could halt or reverse hair loss caused by female and male pattern baldness (androgenetic alopecia).

Current topical treatments for hair loss can encourage patches of new hair growth but nothing is presently available which seems to be able to match the potency of the drugs being tested, which achieved astoundingly rapid results.

Although researchers are heralding this new discovery a breakthrough, much more testing needs to be carried out before it will be ready for use.

In the meantime, hair transplant remains one of the best treatments for male and female pattern baldness, achieving natural looking results (see hair transplant before & after photos).

Every individual is unique so it’s important to have a consultant with a hair specialist before going ahead, so you can determine the best methods and options to give you the results you want.

Get in touch with the Wimple Clinic today for a free, no-obligation hair restoration transplant consultation.

The Wimpole Clinic offers FUE Hair, Beard & Eyebrow Transplants & Trichology.
Talk to a specialist ☎ 020 7935 1861.
Can a bad hair transplant be fixed? Recovering from hair transplant surgery: what to expect