Simply fill in your details and we'll get in touch with you shortly.

Simply fill in your details and we'll get in touch with you shortly.

Platelet-rich plasma (PRP) therapy is a relatively new, natural, non-surgical treatment, which is becoming an increasing popular and effective treatment for hair loss.

Blood is taken from a patient and placed into a centrifugal machine to separate the red blood cells from the plasma that contains platelets. The PRP plasma, containing a high concentration of platelets, is injected into areas of the scalp that show hair thinning. This stimulates hair growth by encouraging the rejuvenation of follicles and also extending the growth cycle of the hair for both men and women.

Clinical data provides evidence that PRP also promotes healing by the release of cytokines and growth factors from the platelets into the areas being treated. A recent study showed that, on average, patients treated with PRP for hair loss had an average 30% increase in both hair count and hair density. You can read studies on the success of PRP below. PRP is also used speed up the healing process and growth of hair in conjunction with FUE & FUT hair transplants.

While the Wimpole Clinic has been using PRP to great effect that supports the majority of positive scientific reports, clinical trials are limited with the majority of experiments performed on a very small set of patients (10-30). As as a result, the scientific community is yet to reach a definitive conclusion on the effectiveness of PRP.  We feel further research is necessary on making sure that PRP is offered with the right protocols across all practices. 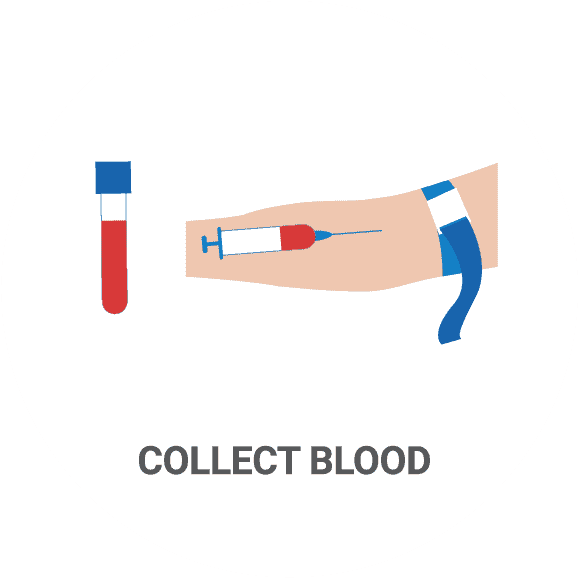 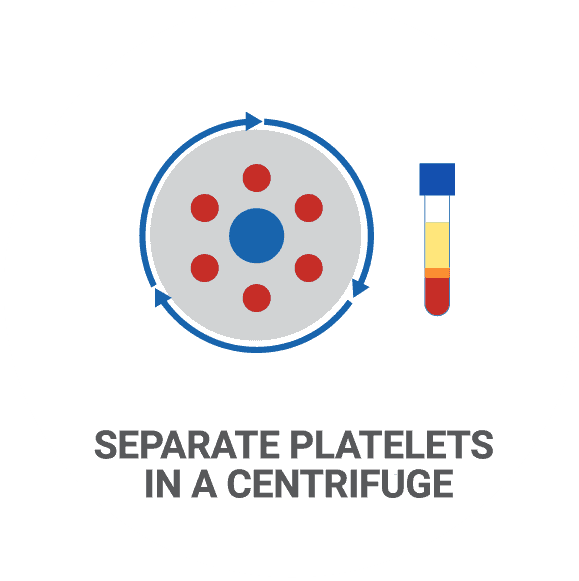 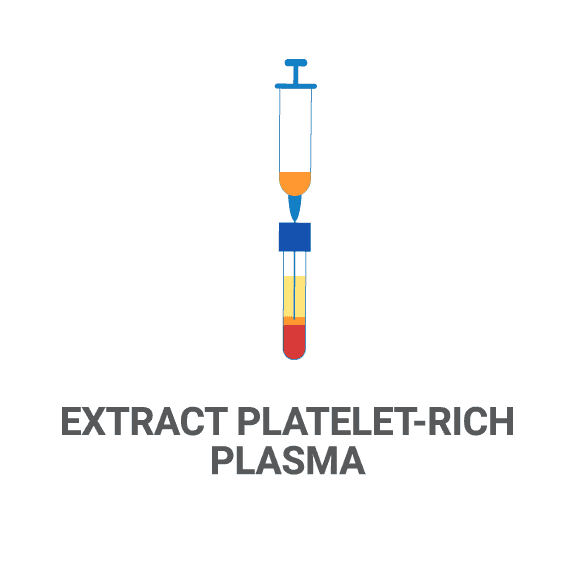 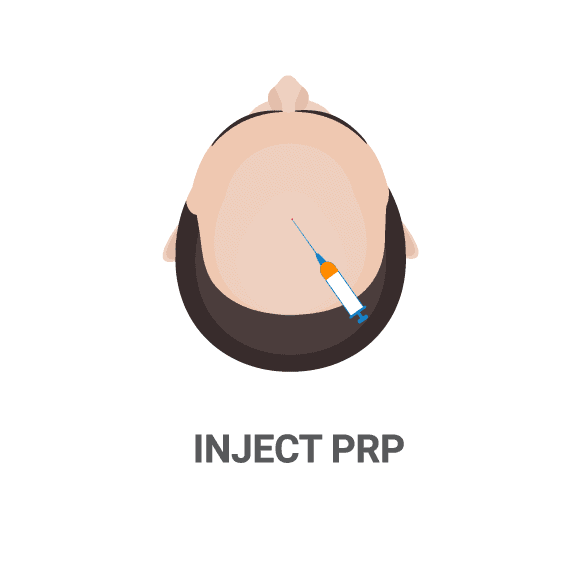 How Exactly Does PRP for Hair Loss Work?

This simple procedure uses a few drops of your own blood to extract valuable platelets which promote tissue growth and regeneration. In order to do so, the blood is placed into a centrifuge where its main components are separated, via the Swiss-perfected Regen technique.

The  substances which are normally the most useful to keep you alive, such as the hematia (red blood cells) and the leukocytes (white blood cells) are not helpful for this treatment and are thus discarded. What is left is the plasma, which is home to an abundance of nutrients, bioactive protein and growth factors. They play the leading role in helping your cells grow and your tissue regenerate.

Platelets containing these growth stimulating components are then injected in the problem areas on your scalp, using a grid pattern. Once there, they use your body’s own natural restorative capacities in order to rejuvenate and repair damaged hair follicles, making your thinning hair grow back stronger and healthier.

Who Is A Good Candidate for PRP Hair Loss Treatment?

While this field of medicine is cutting edge and further research is still needed, sufficient scientific evidence has proven that people of all genders, suffering from all forms of alopecia, can benefit from PRP therapy.

If, however, hair loss is the result of a different condition (such as the side effect of medication, chemotherapy, scalp psoriasis or severe scarring from an accident), this therapy might not be effective.

This is why it is a good idea to schedule an appointment with a dermatologist or trichologist (a hair and scalp specialist) to confirm that you can indeed benefit from the procedure before purchasing PRP treatment for your hair.

How Successful is PRP for Hair Loss?

Platelet-Rich Plasma therapy in general and PRP for hair loss are modern medical advances, which haven’t yet had a chance to undergo extensive scientific research.

While we have seen positive results and patient feedback in the past decade at our London Harley Street clinic, we would like to share with you the the growing body of academic studies and scientific research that also support the use of PRP injections to treat hair thinning caused by alopecia, as well as a serieis of other benefits.

A 2015 article revealing the outcome of a randomized placebo-controlled trial revealed that PRP for hair loss showed “clinical improvement in the mean number of hairs, with a mean increase of 33.6 hairs in the target area and a mean increase in total hair density of 45.9 hairs per cm2 compared with baseline values” (Gentille et al, 2015).

This effect was achieved primarily through the improvement of vascularization and blood flow surrounding hair follicles in the problematic areas (one of the most significant factors which promote hair growth). The beneficial outcomes of the therapy were found to last around 14 months on average, but could be extended indefinitely with bi-annual maintenance sessions.

Similar results had been obtained one year prior by Khalu et al (2014), who studied the effects of PRP for hair growth particularly for androgenic alopecia. Following extensive research, the authors revealed an average mean gain of 22 new follicular units per cm2, which amounts to a 30% increase in hair count (Khalu et al, 2014). These results were confirmed by Cervelli et al (2014), who also report a 31% increase in hair thickness post-procedure.

While the previous studies focused mainly on objective measures of hair growth, Singh & Goldberg (2016) also took subjective measures of PRP for hair loss treatment into account, asking patients to report on their satisfaction with the results of the procedure. Thus, findings of objective increases in hair growth and density were supported by reports of high patient satisfaction in most cases (Singh & Goldberg, 2016).

Finally, the most recent literature review, conducted in 2019 by Gupta et al on a sample of 10 studies on the effectiveness of PRP for hair loss revealed that most of these works found this therapy beneficial and with significantly better results than placebo treatment.

To summarize these findings, there is a growing body of data which confirms that PRP for hair loss is indeed an effective form of cosmetic treatment, which normally makes hair grow thicker and with greater density.

However, the ultimate success of the procedure and its overall duration has much to do with each individual’s biological and genetic characteristics, hair texture, fineness and density, the causes of their hair loss, the skill level of the specialist administering the procedure etc.

In order to improve and enhance the natural efficiency of the PRP for hair loss treatment, you can choose to combine it with other therapeutic options, such as dermatologist/trichologist-prescribed specific medication (e.g. minoxidil, finasteride), natural hair growth supplements (such as Viviscal Professional) and even a hair transplant.

While each treatment session is only around an hour long, three such sessions are normally needed for a full course of treatment.

They are normally spaced one month apart, so the entire process should be completed in three months.

However, research evidence recommends getting regular maintenance treatment (once every six months), in order to enjoy the best possible outcomes.

Unlike surgical treatments or medication, PRP for hair loss is believed to be completely safe, with no known risks and almost no undesired side effects if performed by specialists in a sanitary environment (Singh & Goldberg, 2016). Since all it involves is the injection of byproducts of one’s own blood, there is no chance of your body rejecting the shot.

The only adverse effects are those which can be encountered any time blood is drawn from your vein or you are getting an injection: some mild redness and swelling, maybe a little temporary discomfort at the insertion site.

Downtime or a recovery period after a PRP procedure isn’t required, patients can continue their normal life after undergoing the treatment.

While there is little specific aftercare needed after a PRP for hair loss session, the site of the injections should be protected from excessive dirt or sweat, as you would in the case of any shot, to avoid local infection. Patients are advised not to wash their hair or scalp for 24 hours following treatment and forceful rubbing or scratching of the area is also advised against during this time, to avoid local discomfort.

While in the case of a hair transplant, it can take up to one year to experience full results, PRP treatments allow you to see your hair grow thicker and stronger much sooner. Thus, you should see positive changes to your hairline sooner than 90 days post-procedure, and improvements should continue to become apparent for up to six months after your PRP treatment.

If you want to be able to accurately assess the results of your procedure, be sure to employ the services of a specialist who uses clinical photography for outcome evaluation.

The key reasons I chose Wimpole were simple: Their honesty, caring, experience, and professionalism. Both Dr. May and his entire team were exceptional. They were truly skilled, friendly, and very helpful in explaining what's happening and how they're progressing. The procedure was painless, I watched a movie, had a few short breaks, and didn't notice the time passing. If you're in doubt about where to start with your hair transplant journey, I would highly recommend the Wimpole clinic - 10/10!

See Our Patient Reviews
Before & After Gallery 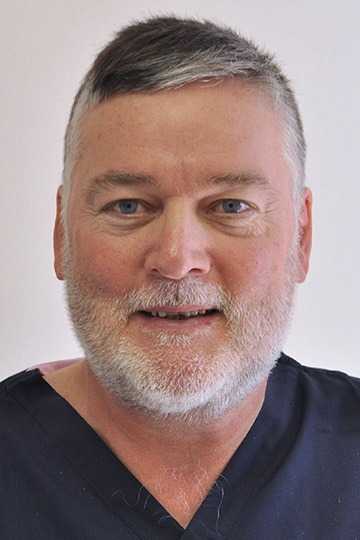 About Michael May Mr Michael May is the Medical Director and Principal Surgeon of the Wimpole Clinic. He has 25 years experience in the field of hair transplant surgery has… 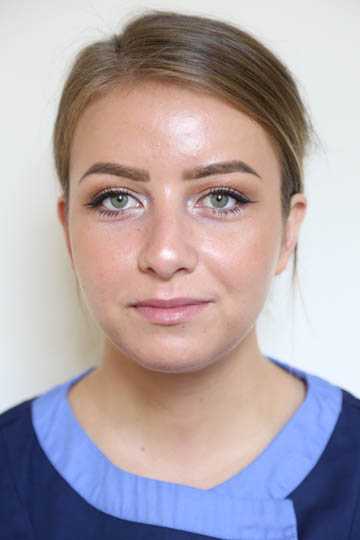 Iva has a degree in microbiology and chose to get involved in the art of hair restoration. She has been with us for the last four years as a very… 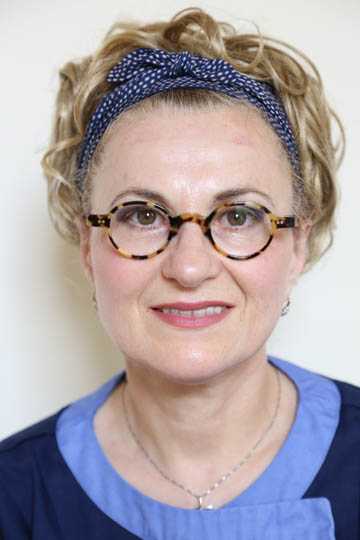 Bili, as she is known to her patients and colleagues, comes from a medical background in Cardiac and Thoracic surgery, and is a member of the ISHRS. For over 22… 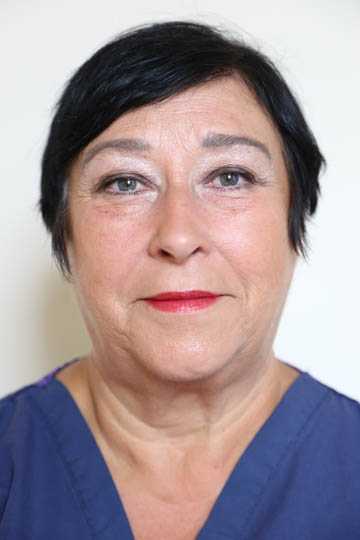 Linda is the registered nurse at the Wimpole Clinic, and has been with the clinic since 1976. She was one of the first nurses to carry out hair transplant surgery… 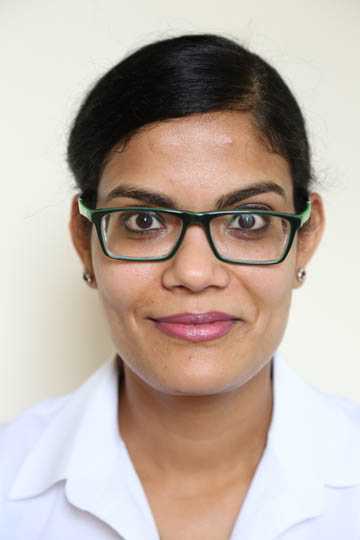 Paru Shukla is a qualified trichologist from the Institute of Trichologists, London and received the John Mason award for excellence. She has been in the medical field since 2005 and…